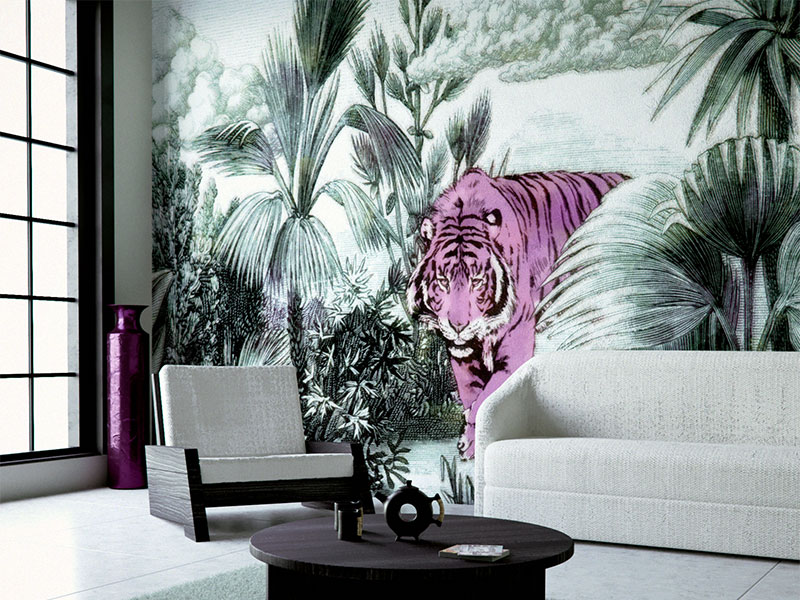 The same space. The same furniture, yet the mood of the two pictures is very different. It’s no coincidence that two different wallpapers adorn the huge wall area in the background. At Melgorano Muro, we believe that a suitable design wallpaper can breathe life into a previously neutral or even less tasteful room.

Let's look at the first picture, for example. In the background is the IMPERIUM wallpaper from the ANIMA collection. The central protagonist of the design is a brightly colored predator. It is no coincidence that the name of the wallpaper (Imperium - power) as the wallpaper becomes a real monarch in the interior.

Previously present fixtures are just pleasant add-ons to the overall picture; they are not insignificant, but they all serve as a robust sight of the tiger.

Whatever guest we welcome, the sight will capture the eyes of our acquaintances like a tiger unexpectedly jumping from its jungle to its prey. As we say, most wallpapers are like a creature with a distinct personality. We create them with the most sophisticated technology with our best designers, so that later an original wallpaper design fills the rooms and offices of our clients. IMPERIUM wallpaper is therefore especially recommended for people who do not regret it when the walls of their rooms become a protagonist in an interior space. Remember; IMEPRIUM wallpaper is not subjugating, but rather a strong-handed ruler standing at the top of the hierarchy of furnishing objects.

We’re still in the same room, but we changed the wallpaper. To make the contrast between the two wallpapers clear, we chose SAISEI wallpaper from the RETURN collection. Unlike IMPERIUM wallpaper, it is not a top predator, but rather a restrained gentleman who does not suppress the other characters in the interior, in fact, supports them. The simple, shabby white color encompasses only one, yet very defining character; a simple leaf glowing in fiery colors.

Although its size and strength dwarf far from the top predator, it is still a pleasant participant in the interior. We especially recommend SAISEI to individuals who are looking for elegance for the walls and a loyal partner next to the furnishings. 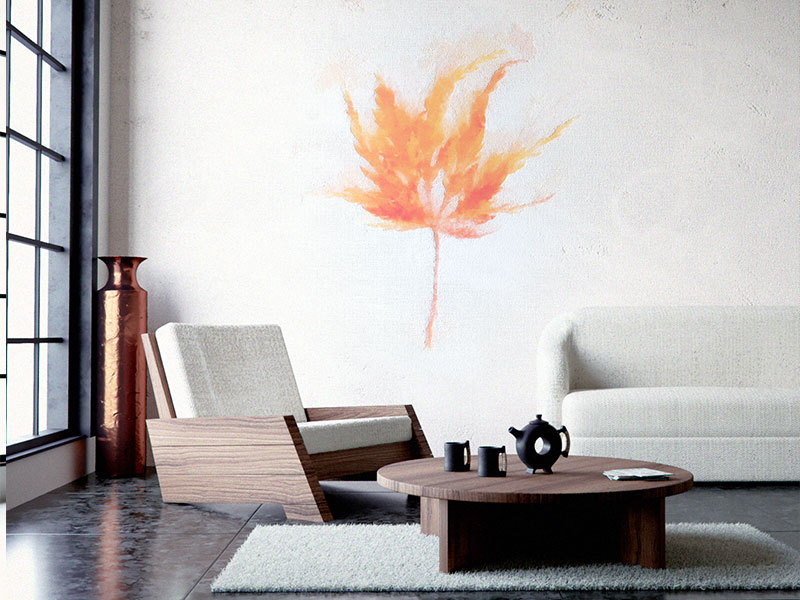